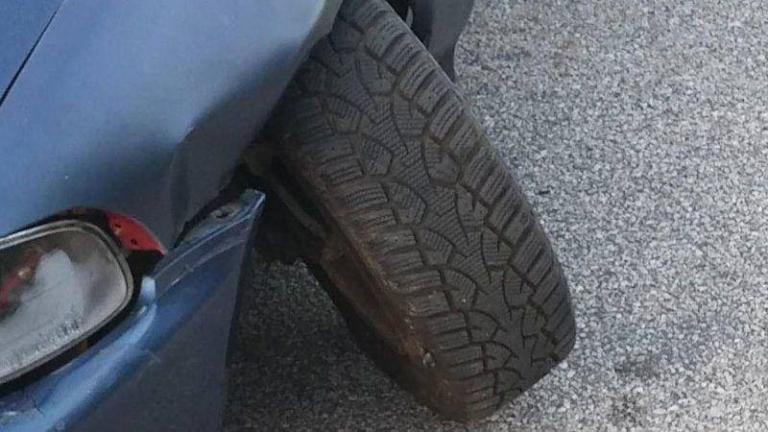 12 recalls for 16 models of 10 carmakers were announced in the 15th week of 2019. Two recalls were issued by Volkswagen and Citroën while Audi, Ford, Lamborghini, Land Rover, Mercedes-Benz, Peugeot, Seat, and Volvo had one recall each. In our motorcycles section, there are new recalls for BMW, Triumph, and Yamaha.

The common denominator for the four recalls of this week is the problem with the suspension. With some of Ford´s Focuses that were made between mid-September to mid-November 2018, the bolts fixing the front suspension to the vehicle may not have been tightened enough and the suspension could become detached from the vehicle.

With the Volkswagen Touareg made between November and December 2018, the suspension damper forks are defective and could break. The tyre could be pressed against the wheel arch. Audi A8, Q7 and Q8 seem to have the same problem, although the Rapex notification does not speak directly about the damper but about the “wheel suspension component”. The effect is the same as with the VW anyway – the wheel presses against the wheel arch.

The fourth brand with problematic suspension is Peugeot and its Expert as well as its Traveller Vans made between 2015 – 2018. Loosening and the eventual separation of the front wishbone lower ball joints have previously been also seen with Citroën’s Jumpy and Spacetourer relatives.

Citroën and VW for the second time

This week, the French manufacturer recalled the C3 Aircross models produced from September 2016 to January 2019 due to protruding welds that could damage the wiring harness insulation. This could result in a short circuit with a fire risk. With the C4 Cactus models from the first quarter of 2018, there is an unspecified problem with vehicle weight distribution. The second Volkswagen´s recall refers to the Caddy model, where the predetermined break point for the side airbags is on the wrong side.

Last week, Volkswagen recalled the VW Polo due to the extended range of parking brake lever travel. This week, the Seat´s Arona and Ibiza models produced between 2016 – 2018 were recalled for the same reason. The vehicle could roll, possibly leading to an accident.

An owner of a new Range Rover Evoque can revel in how cost-effective his car is because the pointer on the fuel gauge almost never moves. However, this is only until he stays on the road without fuel. A fuel level indicator malfunction may occur in Evoques produced between October 2018 and March 2019. Let’s remember that last September Land Rover recalled the Range Rover PHEV for the same reason.

This week, Mercedes-Benz only recalls the V-Class Van Marco Polo edition. There is a possibility of red rust corrosion on metallic components of the roof frame reinforcement and the connecting elements in the rear part of the roof bed. With the Volvo XC60, the tailgate lifting arms could freeze in cold temperatures and consequently become loose, bend or completely separate.

Lamborghini has announced a large recall for several of its models made between 2011 to 2017. Under certain driving conditions, the engine software fails to correctly determine the flow of fuel from the discharge valves. This may cause the engine to stall without warning. All affected models can be found here.

Yamaha has announced a recall for the TMAX scooters from 2017 and 2018 due to faulty programming of the engine control unit, which may cause the engine to stall suddenly at idle or at low RPM. BMW recalls the C600 and C650 scooters made between 2011 to 2018 due to the possible leakage of the front brake hose and the Triumph recalls the Speed Twin motorcycles from 2018 and 2019 due to a poorly guided coolant hose that may come into contact with the exhaust pipe. You can find all of the motorcycles recall at our sister page moto-recalls.eu.