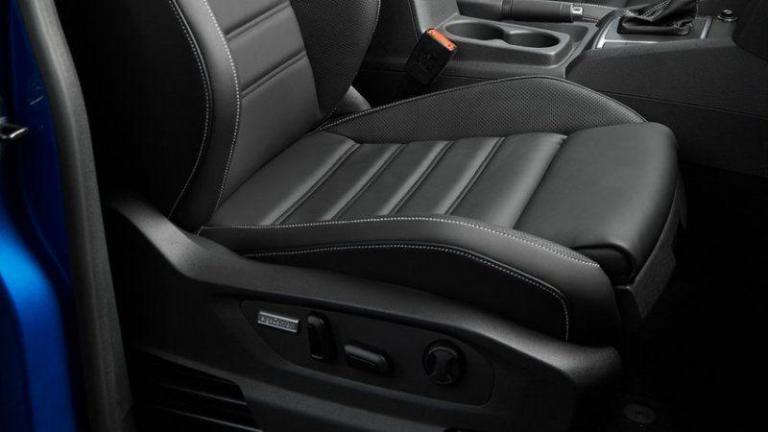 Seven recalls for 8 models of 6 carmakers were announced in the 36th week of 2019. Alpina, Hyundai, Jaguar, Mercedes-Benz, and Volkswagen had one recall each, while Audi issued two. The BMW S 1000 RR motorcycle is recalled for the second time in a short time.

A wiring harness could be damaged when the seat is adjusted to the lowest position with the VW Amarok produced between May 2016 and May 2018. Damage to a wire may lead to localized scorching and to the seat moving independently. Due to a similar defect, Aston Martin recalled DB9, DBS, Vanquish & Virage models three years ago.

Audi announces two recalls in the 36th week. With the new Audi e-Tron, moisture can penetrate the high voltage battery through the charging socket and cause a short circuit and fire. The Audi Q5 manufactured in November 2018 may have a faulty weld on the instrument panel, which may damage the passenger airbag.

The engine management software could cause premature ignition of the air/fuel mixture with the Hyundai Veloster (2011 – 201). Pre-ignition could cause excessive cylinder pressure eventually leading to engine damage. This could lead to an engine stall in motion and to increased risk of fire.

With the Mercedes-Benz Sprinter vans equipped with air suspension, the compressor fuse holder and associated wires may be thermally overloaded. This increases the risk of fire with vehicles manufactured between 2008 and 2019.

The static noise level exceeds the regulated maximum decibel limit with the Jaguar F-Type produced between June 4, 2018 to July 9, 2019.

As with the previously recalled BMW 5 and 6 series, the Alpina B5 and B6 from 2002-2010 may have a faulty cable terminal at the battery transfer point. This could cause power failure and an increased risk of fire.

A week ago, BMW S1000 RR motorcycles were recalled due to possible oil leaks. This week we can see them on the Rapex list again, this time due to a possible lack of transmission oil. You can find more motorcycle recalls on our sister site moto-recalls.eu.