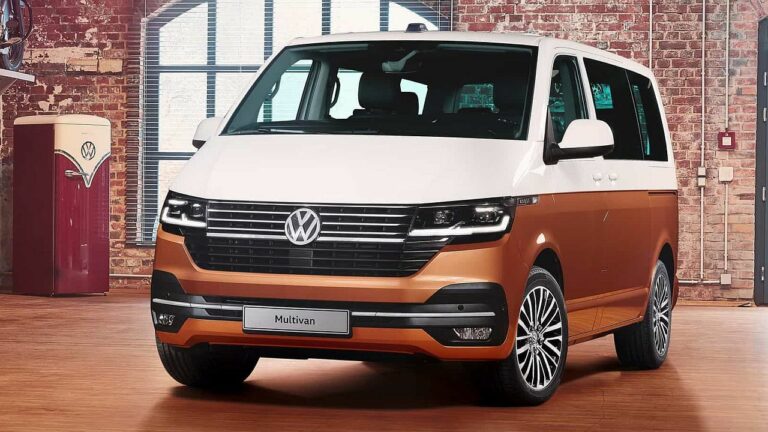 Volkswagen announced three new recalls with the T6.1 model due to problems with door locks. The largest of these include 58,115 vehicles worldwide manufactured from 1 July 2019 to 25 February 2020.

Water ingress at temperatures below freezing point may affect the function of the door lock mechanism. The driver’s and front passenger’s doors, as well as the rear door on the double-cab version, could open unexpectedly while driving.

With a recall under the internal code “57H5“, the Bowden cables will be checked and sealed. According to a spokesman for the German commercial vehicle division of VW, the repair should take a maximum of 2.5 hours. He also stressed that due to the availability of spare parts, owners will be invited to an authorized service center in June at the earliest.

Since mid-March, another recall has been taking place for 1,538 cars worldwide, which have already appeared in the Rapex system and which we have already informed about. It applies to T6.1 models manufactured between 27 September and 8 November 2019. According to the spokesman, the defect only occurs with vehicles with sliding doors and an electric child lock (equipment code “4H5”). The electric child lock does not activate mechanically, even though the driver has switched it on and the illuminated button appears to be working properly. “No error message is displayed, but the sliding door can be opened from the inside,” the spokesman said.

The third recall with the code “58D9” is very small-scale and applies to only 38 cars. “Due to the Bowden cable of the control unit being too short for the outer sliding door handle, there is a risk that the sliding doors cannot be opened mechanically from the outside after an accident with airbag deployment and at the same time without power,” warns the Federal Motor Transport Authority (KBA).

Be careful when washing the T6 with a high-pressure cleaner

Last July, Volkswagen recalled the VW T6 Transporter/Multivan models with an electric tailgate and an electric sliding door manufactured between 23 July 2015, and 8 February 2019. If the vehicle is washed with a high-pressure cleaner, water may enter the interior, damage the control device for the tailgate, and cause an incomplete short circuit with localized damage from scorching.