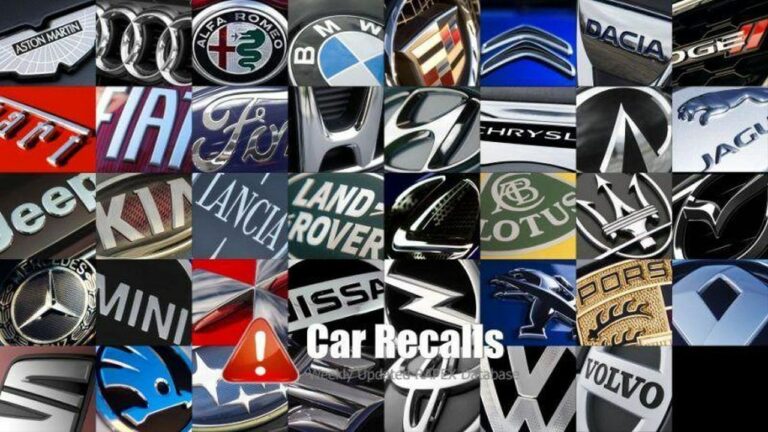 According to the latest statistics, vehicle recalls have increased approximately six times over the past decade.

Between 2011 and 2020, a record 331 million vehicles were recalled in the reference market of the USA due to safety-related defects. In Europe, the situation is not much better.

The conclusions are based on a study, Recall trends of global automotive manufacturers in long-term comparison (2011-2021), published by the Center for Automotive Management (CAM) based in Bergisch Gladbach, Germany. The USA was chosen as the reference market, but an increase in the number of recalls can also be observed in Germany and, consequently, throughout Europe.

Germany can be taken as a reference market for Europe, where 563,000 vehicles were recalled in 2011, while by 2020, there were already more than three million – see table below. Although we do not primarily track the number of cars being recalled on the Car-Recalls.eu website, the number of safety recalls has also been on an upward trend in recent years. You can see for yourself in our Annual Reports section, where we collect data from 2017 onwards. Btw, we’ll publish the 2021 balance at the beginning of next year, so sign up for our Newsletter, so you don’t miss out 😉 Or find your vehicle right now in our overview by make and model.

Professor Stefan Bratzel of the Center of Automotive Management (CAM) is considered one of the best experts in the industry and cites several possible structural causes for the quality problems:

► Technical complexity has increased enormously over the last 20 years. Comfort features and safety systems lead to more susceptibility to errors.

► Product development cycles have been significantly shortened over the past 15 years. The high competitive pressure forces carmakers to bring out new models or derivatives in an ever shorter time.

► The shift of development and production to global suppliers makes it more difficult for the manufacturer to control the quality of the processes. Their share of the value chain has now risen to around 75 per cent.

► Increased cost pressure, which is passed on to automotive suppliers, poses the risk that it will be to the detriment of parts and product quality.

► In order to save costs and increase development speed, manufacturers must increasingly rely on common parts or modular strategies. As a result, a defect discovered late in a modular system can lead to millions of vehicle recalls.

The banana also matures on the way to the customer

The reason for the growing number of recalls, according to Professor Bratzel, may also be because new cars are entering the market in an unfinished state, and their development continues even when they are already in the hands of customers.

“It is not uncommon for the product manufacturing process of some automotive companies to resemble ‘banana development‘: the product does not mature until it reaches the customer. This often annoys car buyers and can lead to personal injury and property damage. It also costs manufacturers a lot of money in the medium and long term and damages their image,” says Professor Stefan Bratzel.

However, the situation in the USA is not directly comparable to that of Europe. The US market is an essential indicator of the quality of car companies’ products, given the volume of sales, the relatively strict safety regulations and, above all, the high risk of litigation. Recalls are often triggered by complaints, e.g., vehicle owners who report them directly to the National Highway Traffic Safety Administration (NHTSA). If a manufacturer fails to comply with its reporting obligations or delays a recall, it faces severe penalties as well as lawsuits in the millions of dollars. However, according to the study’s findings, the general trend of increasing recall numbers is likely to apply worldwide.