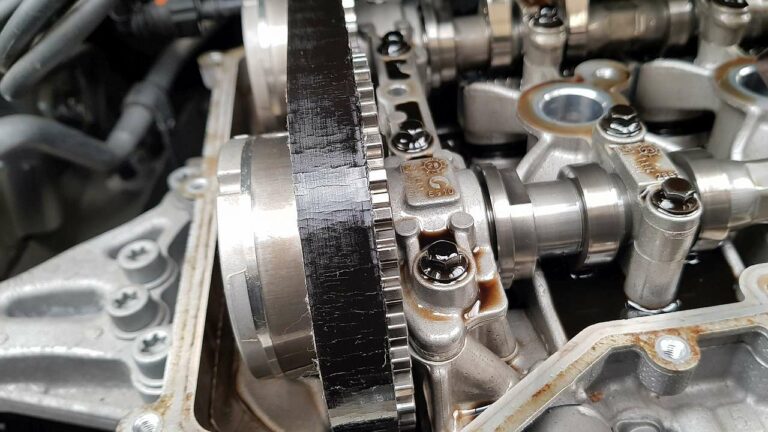 We have already informed about the recall with the internal code “HLT” for Citroën C3 Picasso and Citroën C4 produced between 2013 and 2017. The defect may occur with 46,887 vehicles equipped with supercharged “EB” petrol engines.

A spokeswoman for the Groupe PSA Deutschland confirmed to kfz-rueckrufe.de that “chemical processes in the engine oil could affect the vehicles’ timing belt” and a functional failure of various components cannot be ruled out. In particular, the brake booster is involved, as in the case of previous PSA recalls under the codes “HFC” (Citroën/DS) and “JZR” (Peugeot). This problem affects more than half a million cars and we reported on it last November in the following article: Peugeot and Citroën to recall 1.2-litre petrol engines. The brake booster may fail

HQX and KLZ only for selected markets

Another timing belt recalls have been announced by the French authorities and have also appeared in the EU’s Rapex alert system. However, the actions with the internal codes “HQX” (Citroën/DS) and “KLZ” (Peugeot) do not yet apply to all markets. “There are no actions with the code ‘HQX’ and ‘KLZ’ for Germany,” confirmed the Groupe PSA Deutschland spokeswoman.

According to the French authorities and the EU Rapex system, Citroën Berlingo, C3 Picasso, C4 Cactus, C4 Picasso, C4, C-Elysée and Spacetourer/Jumpy, as well as DS3 and DS5, are at risk of sudden engine failure. The same applies to the Peugeot 208, 2008, 3008, 301, 308, 5008, 508, Partner, Traveller and Expert. The announcements give various production dates between May 2014 and August 2018. Opel is also mentioned in the official material.

Opel recalls only in countries with dusty roads

Opel Deutschland issued the following statement on the recall action with the internal code “21-C-133”:

“Our internal quality checks have revealed that approximately 800 vehicles of the Crossland X and Grandland X model series (production period March 2017 to April 2018) with the 1.6 diesel engine could be experiencing premature timing belt wear and thus engine damage. To date, we are not aware of any incidents that have caused property damage or personal injury in this context. The recall affects certain export markets with particularly bad (dusty) road conditions; no vehicles in Germany are affected. Customers of potentially affected vehicles will be contacted to have the relevant parts in the engine compartment replaced as a precautionary measure after 60,000 km or four years of age. The visit to an Opel Authorised Repairer is free of charge for the customer and takes approximately 2.7 hours.”