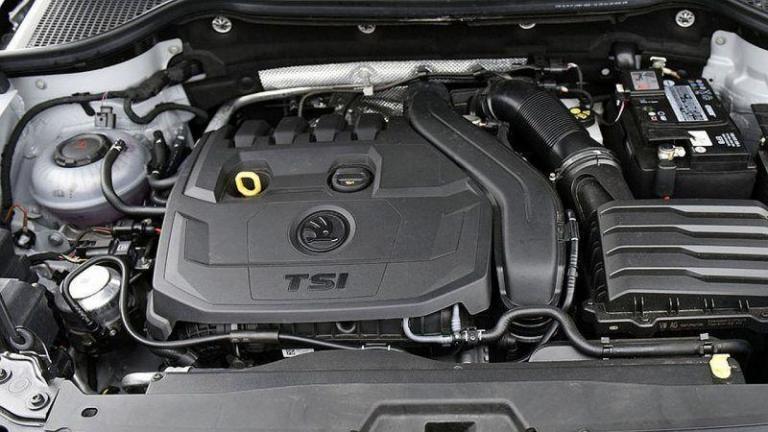 The ‘kangaroo’ effect annoys owners of VW, Seat, Skoda and Audi’s models equipped with a 1.5 TSI petrol engine in combination with a manual transmission. However, the newly announced recall only affects some of them.

According to our unofficial information from the Czech Skoda dealer network, authorized workshops have been performing software upgrades of the engine control unit since the end of March 2018, which is supposed to remove the kangarooing.

The only problem is that the owners are not invited to this software upgrade with a letter from the automaker because it is not a recall but is a Technical Service Bulletin (TSB). It is only performed as part of a regular service inspection in an authorized workshop. However, it is not the owner’s obligation to visit an authorized service center for maintenance. Those who drive their car to an independent workshop are unlikely to know about it.

Recall “24EV” only for newer engines

This approach of the automaker will not change with older engines 1.5 TSI even after the announcement of a new recall. The recall applies to the 1.5 TSI EA211evo engines with an output of 110 kW and with a 180A alternator, produced in May and June 2019 only.

With these engines, it may happen that they not only bounce but can also “die” due to a lack of starting torque. And that could endanger traffic safety. Only the owners of cars with these engines should, therefore, receive a letter from the manufacturer.

Whoever owns a car with an older 1.5 TSI engine should contact an authorized workshop on their own. The engine control unit software should be updated no matter where the car has been serviced before. The update should not take more than 30 to 60 minutes.

Audi code and models have not been published yet

According to information from the website kfz-rueckrufe.de, the recall will affect 17,000 Skoda’s worldwide, while VW and Seat must recall 8,000 vehicles each.

Privacy Notice
Cookies Policy
Newsletter info@car-recalls.eu
Share this ArticleLike this article? Email it to a friend!
Email sent!
We use cookies to ensure that we give you the best experience on our website. If you continue to use this site we will assume that you are happy with it.Ok
Alfa Romeo | Alpina | Aston Martin | Audi | Bentley | BMW | Bugatti | Cadillac | Chevrolet | Chrysler | Citroën | Dacia | Dodge | Ferrari | Fiat | Ford | Honda | Hyundai | Infiniti | Jaguar | Jeep | Kia | Lamborghini | Lancia | Land Rover | Lexus | Lotus | Maserati | Mazda | Mercedes-Benz | Mini | Mitsubishi | Morgan | Nissan | Opel | Peugeot | Porsche | Renault | Rolls Royce | Saab | Seat | Smart | SsangYong | Subaru | Suzuki | Skoda | Tesla | Toyota | Vauxhall | Volkswagen | Volvo |
Deutsche version
Based on Weekly overview reports of RAPEX notifications, published free of charge in English on https://ec.europa.eu/rapex, © European Union, 2005 – 2021
The official contact points of the Member and EFTA-EEA States provide the information published in these weekly overviews. Under the terms of Annex II.10 to the General Product Safety Directive (2001/95/EC) responsibility for the information provided lies with the notifying party. The Commission nor the car-recalls.eu does not take any responsibility for the accuracy of the information provided.
The content owned by the EU on this website is licensed under the Creative Commons Attribution 4.0 International (CC BY 4.0) licence.