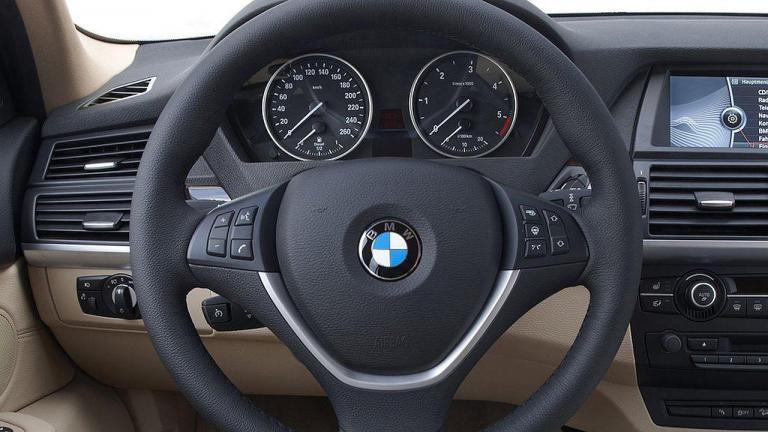 Buying a used car is always about finding and compromising. Not only the age of the vehicle, but the mileage and regular maintenance also determine its condition. The clocked odometer usually means that the buyer pays a higher price than is the actual value of the car under consideration.

The mileage should reflect the condition and wear of each component of the car. With clocked cars, you will probably have unpredictable additional operating costs. At the same time, you can buy a car that you will find difficult to get rid of in the future and will lose again at a later sale.

carVertical, the company that checks car history by VIN, carried out research to find out which cars are most commonly clocked. The data was gathered from carVertical’s extensive database. In the last 12 months (October 2019 to October 2020), there have been over half of million reports analyzed. carVertical collected data from different markets all over the world including Germany, France, Poland, Russia, Romania, Hungary, Slovenia, Slovakia, Czech Republic, Latvia, Bulgaria, Ukraine, Serbia, Croatia, and the United States.

The following graph shows that German cars are amongst the most regularly clocked vehicles. Another interesting observation is the segmentation of cars. Premium segment cars are much more often clocked than Economy class cars. BMW models occupy the first six positions. With the BMW 5 Series, 7 Series and X5, a mileage fraud was detected in about a third of the cars examined. In the following positions are the Audi, VW, and Mercedes models with a range of 7-10% of problematic cars. According to carVertical, the Škoda Superb and Škoda Octavia are clocked in 6.3% of cases. 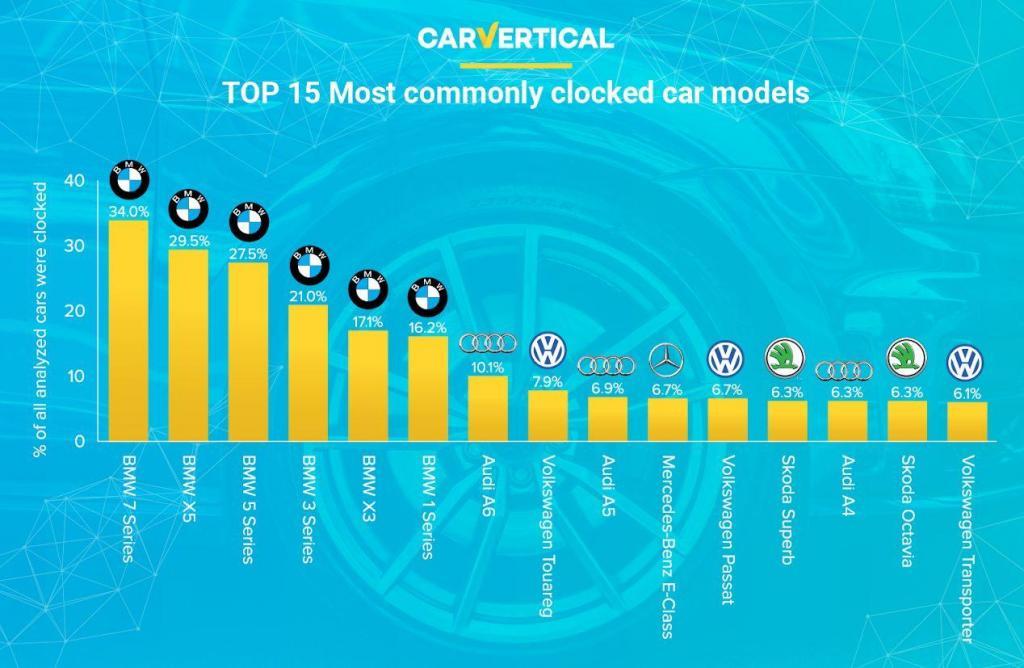 ✅ Comparison by year of production

From the data of the carVertical study, it is clear that older Premium class cars tend to be clocked more often. Most popular BMWs are clocked when they are between 10 and 15 years old. The Mercedes-Benz E class models usually see odometer rollback with the 2002-2004 year models. Clocked Economy class cars are marginally newer. The data for Volkswagen Passat, Skoda Superb, and Skoda Octavia models show that these cars are most commonly clocked during their first decade on the road.

Diesel vehicles are designed to cover much greater distances, and that leads to a greater clocked car ratio. With an odometer rolled back, the value of these cars can be increased by a significant margin.

Some cars, like the Audi A6, Volkswagen Touareg, and Mercedes-Benz E-Class, are almost all diesel. There is only a few per cent of clocked petrol variants. The massive gap between different types of fuel means that there is a lower risk of getting a petrol-powered car with clocked mileage. Nevertheless, it pays to have their history checked as well.

The most common mileage fraud can be spotted in Central-Eastern Europe. The most significant issues with visible mileage rollback are seen in the markets where used cars from Western Europe are imported. It is also worth noting that in Germany, the probability that a car has a clocked odometer is twice as high as in France. 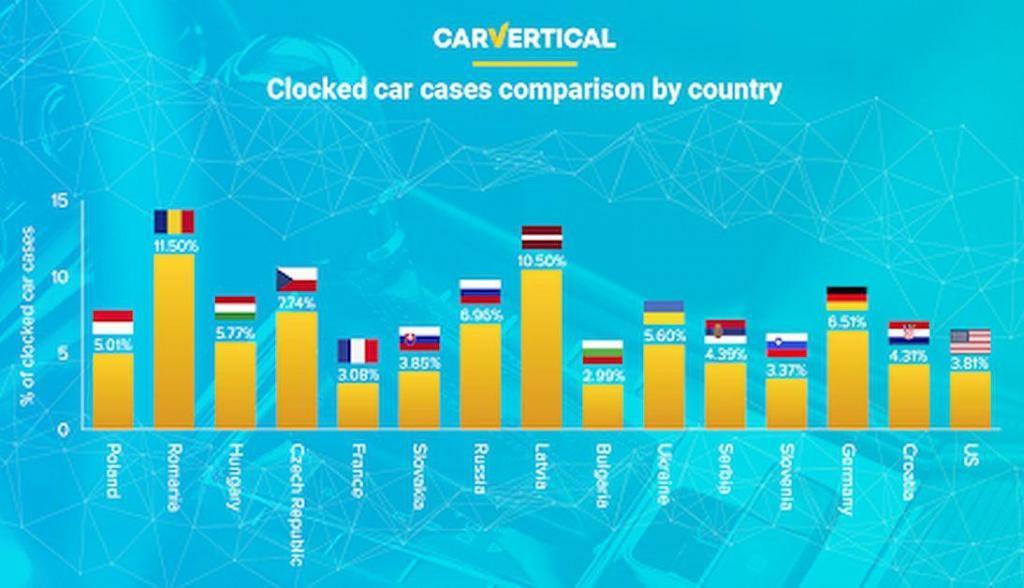