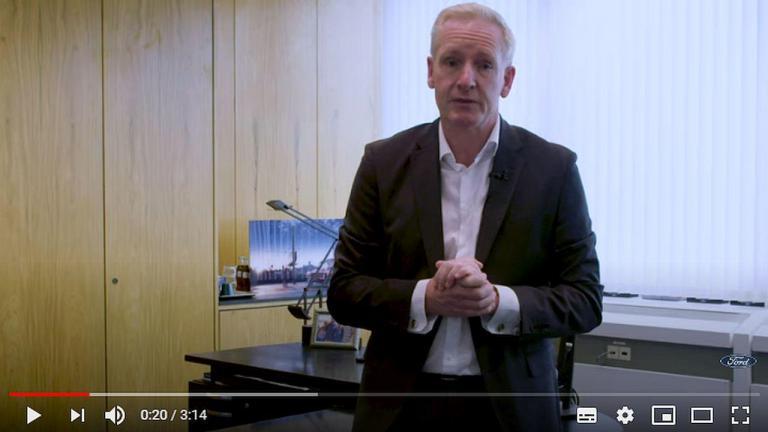 The Kuga PHEV hybrid is a serious problem for Ford. In a video message, Ford’s Marketing and Sales Managing Director apologized for the inconvenience caused by the extended recall. Customers should no longer charge this vehicle externally; the problem may still take a long time to resolve.

In an earlier recall, Ford recalled the Kuga plug-in hybrid model due to problems with the high-voltage battery. This recall has now been extended to all 33,400 Ford Kuga plug-in hybrid vehicles built at the plant in Valencia, Spain. In addition, a Europe-wide sale of this model was imposed. We informed about it in the article “Ford Kuga PHEV: The battery can overheat. 28,000 plug-in-hybrids in fire risk“.

The reason for the current extended measure may be an incident that occurred at the end of August in Wiesbaden, Germany. According to local firefighters, a Ford Kuga PHEV caught fire during charging, just one day after the vehicle was handed over (see the photo below). 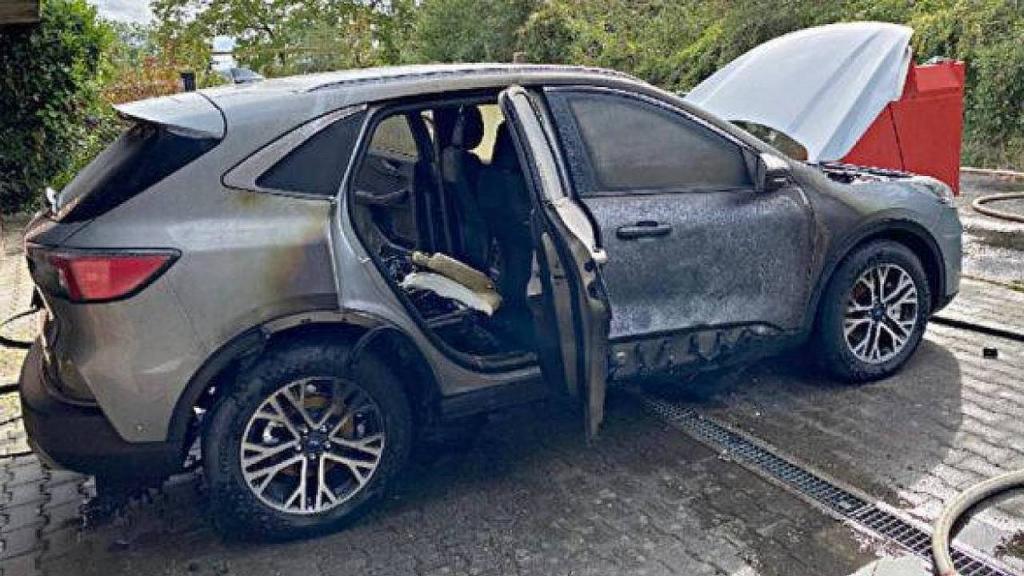 The manufacturer urgently advises customers not to charge the vehicle externally – neither at a public charging station nor at a household socket or wallbox. In addition, the vehicles should only be driven in the “EV Auto” mode. That is safe as long as the cars are not charged externally, because in the standard “EV Auto” mode, charging the battery is limited to energy recovery when braking; so only a small part of the battery is charged.

It may take some time to solve the problem, but the manufacturer cannot yet specify a specific point in time. In a video message, Hans Jörg Klein, Marketing and Sales Managing Director for Germany, Austria, and Switzerland, addresses the affected customers and apologizes for the inconvenience.

As a small thank you for their patience, Ford is offering them a fuel voucher of 500 euros. With this, the blue oval recognizes that the fuel consumption of these cars is higher when the battery cannot be charged. In addition, customers are being offered a service voucher worth EUR 350. This offer applies to private customers. At the same time, separate plans are being worked on for the affected fleet customers.

Hybrids are also a problem with BMW

Problems with the high-voltage battery in plug-in hybrid vehicles (PHEV) also led BMW to its second recall. Even in the case of Bavarian models, the delivery of cars to customers was stopped. The first recall in August concerned 4.5 thousand cars, while another was announced in October, this time for more than 26 000 cars, including the Mini Countryman model. We wrote about both recalls – see the links below.