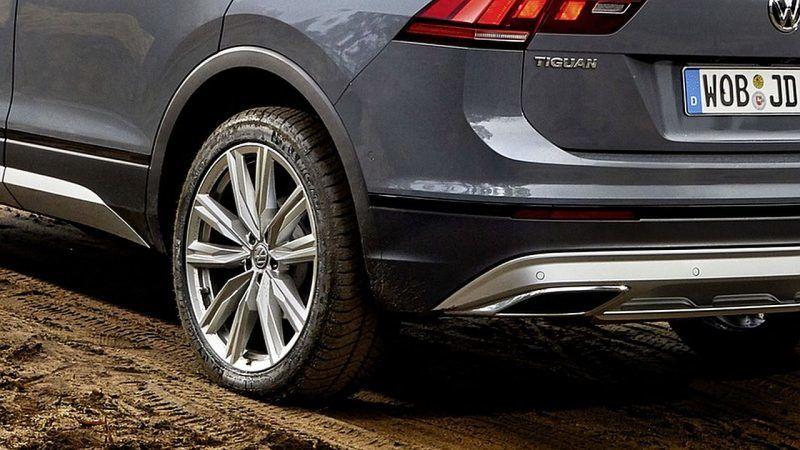 7 recalls for 21 models of 5 carmakers were announced in the 16th week of 2019. Two recalls were issued by Mercedes-Benz and Citroën while Dacia, Ferrari and Volkswagen had one recall each. In our motorcycles section, there are new recalls for Harley-Davidson and Honda.

The Volkswagen´s Tiguan models made from April 5, 2017, to November 6, 2018, may have rear coil springs made of inadequate material, which may fracture and damage the rear tyres.

This is not the first problem with the suspension of this model, although the previous ones concerned the longer wheelbase version of Tiguan Allspace. Last October, the vehicles from the first quarter of 2018 were recalled because the lower mounting eye of the rear shock absorbers could be badly welded.

Another reason for the recall was in September 2018 due to the poorly tightened fixing nut on the right and/or left front axle ball joint. It could occur with cars produced during the period from 27 July 2017 to 3 April 2018. At the time we wrote this article, we registered 15 recalls for Tiguan in our archive.

The second-generation Dacia Logan and Logan MCV manufactured until February 5, 2019, may have poorly tightened lower steering column fixing bracket screws. This could cause the steering wheel to move vertically, impairing the vehicle’s steering control. In the case of a right-hand drive, a defect may occur with vehicles manufactured between 19 September 2017 and 9 February 2018.

The Dacia Logan has already been recalled due to steering track rods in January 2016. With cars produced between 17 September to 4 December 2015, the track rods may break leading to a failure of the steering. There are 12 Logan´s recalls so far in our archive.

Mercedes is recalling its new X-Class pick-up for the second time. A month ago, it was due to possible damage to the tow bar bolts, while this week the reason is the foot space lamp on driver’s side. This can become detached and block the free movement of the brake pedal with cars produced between September 2017 to April 2018. With the V-Class manufactured earlier this year, the dashboard passenger airbag cover may be defective.

The “Stop & Start” system may have defective software in the Citroën C4-Aircross produced between 2011 to 2015. This may cause the engine to cut out if the battery charge level is lower than the minimum load threshold required by the ‘Stop & Start’ function. The Citroën C-Zero electric car may have a defective component in the brake assist system vacuum pump.

At the beginning of April, we wrote about a large Ferrari recall because of the risk of a fire involving nine models. There are also 13 models which have been recalled this week due to problems with the passenger airbag.

With Harley-Davidson’s Street 750 and Street-Rod motorcycles produced between May 2015 to June 2018, corrosion may occur at the bore of the brake caliper. The turn signal, hazard signal or high beam lights may fail with Honda’s PCX 125 and PCX 150 (2014 – 2017) scooters. You can find all of the motorcycles recalls on our moto-recalls.eu page.