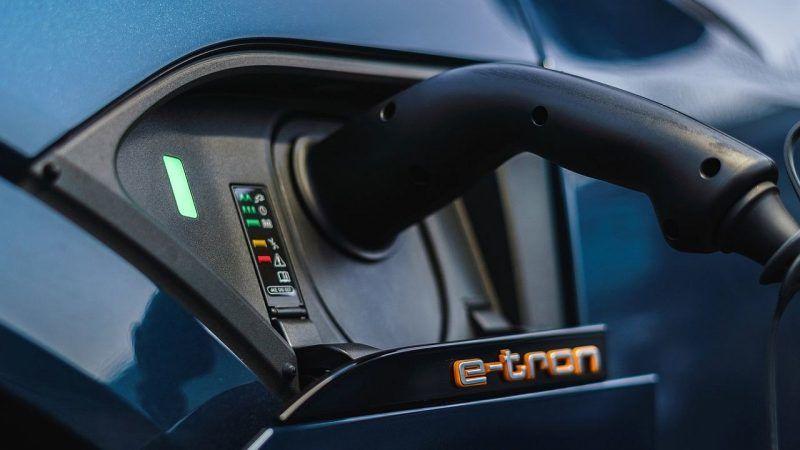 A few months after the market launch, Audi recalls its electric SUV e-tron back to the workshop. According to a report by the news agency “Bloomberg” from Monday, 1,644 vehicles are affected worldwide. In the US, where the recall has already started, it is about 540 cars.

As the company announced on Tuesday in Ingolstadt, the moisture can penetrate into the battery through a faulty cable seal in the charging socket. This could lead to a short circuit or in extreme cases to a fire.

“Audi of America takes the safety of its customers and the quality of our vehicles very seriously. In order to ensure the highest levels of safety and quality for our customers, we have issued a voluntary recall affecting approximately 540 e-tron vehicles that have been delivered to customers and 1,644 in total. The recall is in response to a potentially faulty seal that may allow moisture to enter the battery compartment which could lead to a short circuit or in extreme cases to a thermal event. We are applying an abundance of caution as no such incidents have been reported globally. The recall repair is expected to become available in August 2019.

Customers are being contacted directly to inform them of the recall and our dealer network is fully engaged to deliver the best customer service possible. We regret any inconvenience caused to our customers and reservation holders as we work with all parties toward a positive outcome in the weeks ahead. Audi e-tron vehicles unaffected by the recall remain available for delivery and our reservation system remains open to receive customer reservations.

Talks with German authorities about a potential recall in Europe are ongoing, Audi spokesman Udo Ruegheimer said. Some 7,000 E-Tron cars might be affected worldwide, including 2,300 in Germany.