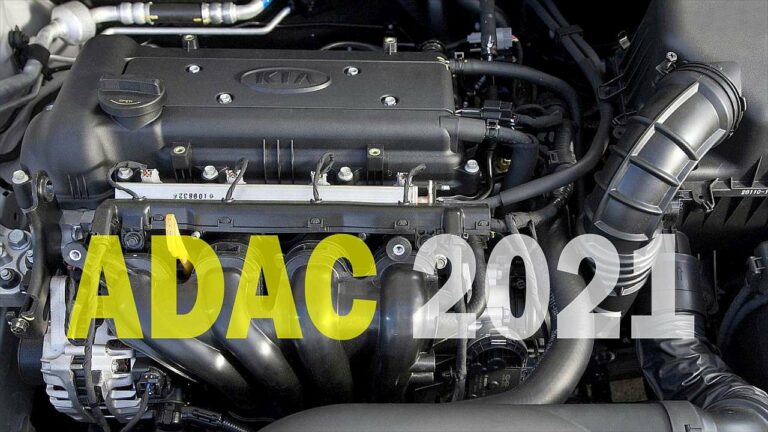 In 2021, the German ADAC automobile association publishes its regular car reliability index according to the number of roadside assistance of its Yellow Angels and the number of defects that caused the vehicles to come to a standstill.

In the monitored period of 2020, due to the limitations caused by the Corona crisis, there was a decrease in breakdowns by about 10% compared to 2019. Specifically, the Yellow Angels had to provide roadside assistance 3.386 million times. A total of 109 models of 25 makes were evaluated in the ADAC breakdown statistics in 2021.

These are vehicles between the ages of 3 and 10 years (first registrations between 2011 to 2018), for which the number of new registrations was higher than 10,000 in at least one year. In addition, the ADAC reliability index does not take into account problems that the driver usually causes himself (e.g. empty tank or tire defects).

All the makes and models can be found here

For all cars, you will also find links to their recalls. You can search for recalls by Make and Model on our special page.

Like last year, the Smart Fortwo and Forfour mini-compacts had the most problems. Both mainly had issues with the starter, automated shifting and battery. Interestingly, the Renault Twingo, which is virtually identical to the smaller Fortwo, ranked much better.

Among the small cars, the Hyundai i20, produced between 2011 and 2014, did not rank well. As in the previous year, it had the most breakdowns due to defects in the ignition and spark plugs. Worrying values can also be found with the 2017 Opel Meriva. Its faults are often associated with the cooling system: leaking hoses or defective water pumps.

On the other hand, according to ADAC, Audi A1, Citroen C3, Fiat Punto, Honda Jazz, Mazda CX-3, Mitsubishi Space Star, Peugeot 2008, Renault Captur, Suzuki Vitara, or Toyota Yaris can be a good choice in this category.

As in previous years, the Nissan Qashqai has an exceptionally high score, especially in the younger model years. The Renault Kangoo/Rapid is in a similar situation. The 2018 Opel Astra also achieved surprisingly poor results. The 2011 KIA Ceed is again the worst choice, with the absolute highest fault index at 52.7 and the highest number of breakdowns. Other models from different production periods also performed poorly: KIA Sportage (2011), Peugeot 308 (2011-12), Renault Scénic (2015) – see the table below.

According to ADAC, if you want to have as few problems as possible with a lower-middle-class car, you should opt for one of the models of the German premium brands like Audi, BMW, or Mercedes-Benz (except the 2011 B-Class). Or for Hyundai Tucson, Mazda CX-5, Mitsubishi ASX, Seat Leon, Škoda Rapid, or VW Beetle.

The trio of MPVs Ford S-Max, Seat Alhambra and VW Sharan dominates the ranking of mid-size cars with a high frequency of breakdowns this year as well. With the Ford S-Max, not only does the battery fail frequently, but also the particle filter, the fuel pump or the generator. Problems with the exhaust gas recirculation mostly cause poor result with the Seat Alhambra and VW Sharan. Even the 2015-16 Opel Insignia may not be a good choice.

According to the ADAC, the middle-class in the reliability ranking is again dominated by the German premium brands Audi and BMW, with Mercedes-Benz in a very close line right behind them. The 2018 BMW X3 even recorded this year’s absolute lowest failure index with 0.4 breakdowns per 1,000 vehicles registered.

In this category, be aware of the 2011 Mercedes E-Class. The starter, ignition switch box, and batteries often fail. There are also problems with worn hoses, and there are also steering defects. Since 2016, it has been as reliable as the upper-middle-class Audi A6 and BMW 5 Series premieres. The Škoda Superb is not ranking badly either.

All the makes and models can be found here